A WOMAN allegedly involved in robbing two banks and stealing a car has been arrested in Koondoola after she was pinned down by a taxi driver. 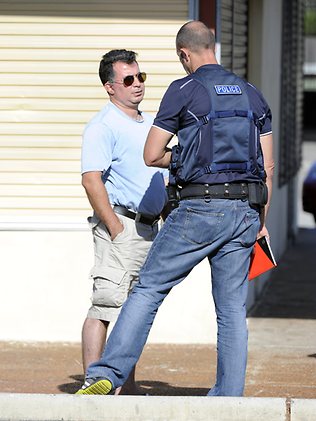 Police arrested a 31-year-old woman outside a Koondoola IGA at about 3.30pm this afternoon.

Police believe the woman got into a taxi near Booragoon and forced the driver at knife point to take her to the Koondoola supermarket.

But after she got out, the driver tackled her to the ground and screamed for help as he held her down.

Shop owner Rob Creemers came to his aid after he heard a scream for help in the car park and saw the taxi driver wrestling with the woman.

“I heard a scream and came out of the shop straight away and he was calling for someone to call police and help because she had a knife,” Mr Creemers said.

“But everybody was abusing him, telling him to let her go. I helped him hold her down and pulled the knife out of her pocket. It was was one of those army survival knifes.

“She was strong, I’ve never seen a girl that can fight like that.”

The woman, believed to be aged in her 20s, has been on the run from police after an alleged violent crime spree that began at about 7am.

Police believe she threatened a customer with a knife at the Padbury BP Service Station and stole his wallet before driving off in a white ute this morning.

The ute had been stolen two days earlier from contractors carrying out work for Western Power in North Perth.

The vehicle was later involved in a crash in Merriwa, on the corner of Marmion Avenue and Hester Avenue.

Police believe the same woman was involved in a car-jacking in the carpark outside the post office at the Warwick shopping centre just before 10am.

She allegedly threatened a woman in her 60s and took off with her Mazda 3, after dumping the ute.

At about 10.30am, witnesses reported seeing the same silver Mazda 3 fleeing the scene of bank hold-up at Westpac Dianella on the corner of Alexander Drive and Grand Promenade.